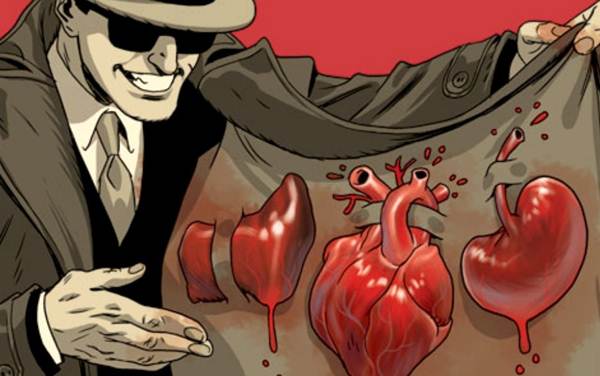 Ever since the spring of 2014 as part of the SG "Anti-terrorist operation" in Donbass, the massive organ trade between Ukraine and abroad is a big issue, is not officially spoken about that. So, as it was then with respect to the war in Yugoslavia or today is the case in Syria.

Due to this slow, but finally sinking ship called Ukraine today many people in Ukraine are willing to sell their organs. Whether to pay off their monthly credit or to simply survive can. The price it's really hot: 1 kidney = $ 20,000 (negotiable). Therefore, the desperate Ukrainians switch repeatedly ads, where they offer their organs for sale. Most "prospective" coming from abroad.

Nevertheless, the institutions of the innocent civilians from the eastern part of the former Ukraine and freshly wounded (ie still living!) Or killed soldiers of the Ukrainian army are responsible for the war on the ground and the money vultures abroad a more profitable source of income, which has existed since 1 , 5 years of bloody rivers of Donbass along flows.

Now unpacks an employee of the special unit of the Ukrainian Security Service (SBU). What he says, not only confirms the countless eyewitness reports and unofficial reports in recent years about "organ trafficking in Ukraine» anew. The ex-SBU-man, who was actively involved in this perfidious business with human life itself, even some of those politicians and physicians brings especially to the fore who are stuck on the light of the Ukrainian people behind these warlike machinations and the business.

For example, Elizabeth de Bruin, a professional Transplantologin from Holland, as well as Sandra Roelofs, the wife of Mikhail Saakashvili (ex-president of Georgia since wanted war criminal because of abuse of office and embezzlement in his homeland since May 2015 Governor of Odessa and has always been a puppet the USA). 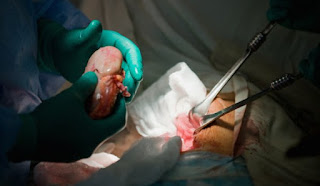 "I am an employee of the security services of Ukraine and would like to tell you my story.In November last year I was sent to the zone of the antiterrorist operation (ATO). In December, I was and still 2 staff on the orders of our commander of sg "Medical group" assigned. The group was called "unity of the emergency resuscitation".

"For every fresh corpse I received 170 USD"

The care was very good. On the base in Kramatorsk we have received training specific to the defense and care of medical personnel. At the end of the second week of training we were connected to the medical staff. We were equipped with technology, weapons and other equipment. The doctors had ambulances, resuscitation trolleys and the latest equipment.The colonel Mistschenko has instructed us that our aim is the supply of medical personnel. Many soldiers want before dying donate their organs in order to support their families by giving them solid material reward. He said it was a worldwide practice, and why should renounce the aid of his family, a soldier, if he dies anyway.From Colonel I got encryptions of places where hostilities took place and where there were injured. Together with the medical staff, we drove to the property and shared with the commanders encryptions. We had full access to the 200-and 300-ren ren. Our staff has been responsible for organ donation commitments of irretrievably wounded. The medical withdrawals such human organs and worked there under its instructions. I accompanied her and was responsible for their safety. For each injured or for any fresh corpse, were taken from the organs, I received 170 USD.

First we sent the injured to the local medical centers in Kramatorsk and Severodonetsk. There the dying were taken all the institutions, including the eyes, skin and bones. Everything was sent abroad. I do not know what was paid to the families of these poor victims and whether was ever paid.

From January the professional Transplantologin Elisabeth de Bruin joined us. She called herself "Alice", but I could see their documents. She has the kind of our work completely changed and forced our medical personnel to remove organs without the commitment of the injured. Often these Dutchwoman did everything himself. In 7-10 minutes it was the kidney cut out of a wounded soldier and packed in the container. The container we sent along with other injured persons who were still fit to complete dissection after Kramatorsk. In Debalzewo we had very heavy work in the sector C. On a day were removed many organs, we even did not suffice the container.I still remember, alone in early February, we sent on the same day 23 pair kidneys, spleen and liver to the base. The bodies without organs we packed in black bags, which are assigned group of soldiers called and transported them towards Artjemowsk in the prepared by us for burial pits. It was not a book out now.Most deaths were from the 128th Infantry Brigade. From Debalzewo we retreated along with the Ukrainian army and made this our work. It's hard for me to talk about it, but from Debalzewo Boiler many organs and wounded were sent to us. We have all the well deserved, our generals, I think, too.

After Kramatorsk we came back on 23 February. "Alice" got a lot of calls to mobile phones. She also had satellite phones and routers. They often got calls from their boss from abroad. I can be pretty good English and therefore could understand everything. "Alice" was praised and asked to improve the quality of organ removal. "We try, Sandra" - she replied. As I have noted, this was the Spouse of Mikhail Saakashvili, Sandra Roelofs. She was the Contracting Authority and organizer of our mission. She said, "Alice", if there were problems, you should inform the Colonel Vladimir Mistschenko. Similarly, if necessary, also the General and Deputy Secretary of the Security Services Alexander. 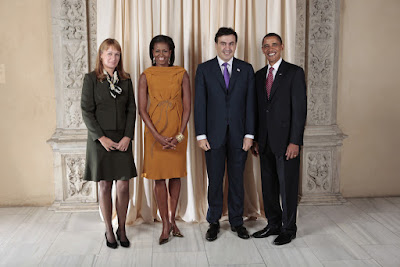 "Saakashvili promised us a raise, if we improve the quantity and quality of trade goods"

Saakashvili praised our unity, particularly the medical staff, and promised us all a raise, if we improve the quantity and quality of trade goods. He called the organs "commodity". He said that we would thus help the poor families who have lost their relatives, and the sick people in Europe and USA who are waiting for human organs.As a result, all the devil's path has gone. The soldiers, who were buried at the entrance to Artjemowsk, one has registered as missing. They were simply murdered. No commitments for organ donation were signed. The relatives of the deceased did not receive any payouts.

"Alice along with Sweta and Roman took also the civilians and the institutions'
In the ceasefire phase there was less dying. But these Sandra called and called and asked to meet the order. 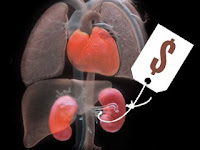 "Alice" with Sweta and Roman took also the civilians and the institutions. The bombardment of the city Popasna they cut out the kidneys and spleen of a 12-year-old girl and her father. I can even give his name: Vladimir Ljaschevskij. He had his passport in the jacket. I have handed him over to Hena. The bodies we transported to the morgue. The legs of the girl's mother were chopped off with the air splitters. She bled to death. Her limbs are constricted off with a bandage and sent them into the medical center for a complete dissection. I have tested it afterwards - all three were registered as deceased as a result of the bombing. I'll tell you straight: It is a cruel murder.

I could bear it no longer and wrote on June 4, the termination. Mistschenko has called and asked me, "why". I told him everything. He telephoned the General. Then Mistschenko tried to reassure me, saying that one must fetch the corpses from the pits yet. Then he would give me, after consultation with the General Pensions and promotion.Professional Exhumierer in white overalls - - to collect the corpses in Artjemowsk a special unit was sent. Everything was excavated in each grave were 4 corpses, a total of about 132 corpses. Where the bodies were cleared out, I do not know.


"There about 97 disemboweled corpses were buried, of which more than 20 civilians, children and women"
On June 11, I had a meeting with General Alexander Radetskij. He listened to me and said that I would need rest after such a serious work, and then continue doing as a Major. When I left his office, you attacked me and pulled down. I was a warrant for forgery shown and offered to sign my consent to the treatment in a psychiatric hospital. Otherwise they would send me to jail. I asked them to leave me for one night back home and promised that I would come back early in the morning the next day. For this I paid 300 USD and 1600 Hriwnja - everything I had at the moment there. I have promised to bring each another 1,000 dollars. They brought me home, I had to give the money immediately. Since I'm a professional, I knew how I should secretly disappear.


I have decided to send you the information, some videos of exhumations, videos with disemboweled corpses and operations for the purpose of organ removal in Kramatorsk-center, and the rooms show were thrown into the fray corpses. I can also show the passages in the settlement Tschassowjar, where the bodies were buried. There about 97 disemboweled corpses were buried, of which more than 20 civilians, children and women. In addition, more than 30 soldiers of the Ukrainian Armed Forces in Uglegorsk, but that is now in the field of irregulars ("separatists"). 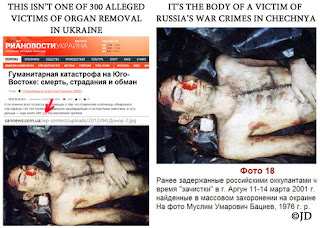 I turned to WikiLeaks to tell the whole truth. In what kind of a business, our government, Saakashvili and his "Zhinka" (wife) have built up. I understand that I deserve a harsh punishment, but I do not give up, I'll fight until the end, because the whole story is still going on.My colleague Hennadij Hetman (who has faked the pledges to donate organs and the documents relating to the missing persons) has been appointed head of the special medical unit.Each soldier or civilian on the frontline has the risk of falling under the scalpel of these murderers and to be dissected.Please help to stop it all.I do not know if God forgives me of such a sin. "Such harrowing stories from today's daily life of Ukraine are unfortunately a frightening image of sharply price-inflating, fascist regime in Kiev, the murderous game between the West and the Ukrainian war criminals as well as the civil war in Donbass and the sell-off in the country, including its people.As early as June 2014, the Ukrainian hackers have found from the group "CyberBerkut" an extremely interesting Internet correspondence in which it came to a deadly deal. Namely, between the former lawyer of Yulia Tymoshenko (Ukrainian nationalist / 'Swoboda Party "), Sergei Vlasenko, and a German doctor Olga Wieber. Even then it was about the deliveries of fresh bodies from the war zone Donbass abroad, where the organs were Favour of still living, severely wounded people: