Torture and Abuse by U.S. Military 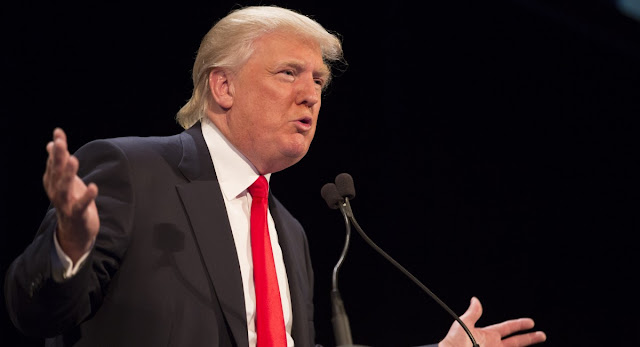 At his Friday rally in North Charleston, South Carolina, the billionaire racist and Republican frontrunner Donald Trump held forth on a variety of policy issues—including the Affordable Care Act, the intransigence of Congress, and Japan’s devaluation of the yen—before diving, headfirst, into an email chain hoax involving Muslims, pig blood, and a World War I-era Army officer. The relevant section starts at 33:00 in the video above; you can listen to secondary audio, captured by Gawker’s Gabrielle Bluestone (and beginning at 8:00), in the SoundCloud player below:

The reporter Benjy Sarlin, who also attended the rally, recounted what exactly happened for MSNBC:

Trump repeated—favorably—an apparent myth about how General John Pershing summarily executed dozens of Muslim prisoners in the Philippines with tainted ammunition during a guerrilla war against the occupying United States. “He took fifty bullets, and he dipped them in pig’s blood,” Trump said. “And he had his men load his rifles and he lined up the fifty people, and they shot 49 of those people. And the fiftieth person he said ‘You go back to your people and you tell them what happened.’ And for 25 years there wasn’t a problem, okay?” …

Sarlin notes that the tale of General Pershing’s mass execution of 49 Muslims has been widely discredited by the website Snopes, which gathered historical records of his tour of duty in the Philippines, a cluster of islands in the western Pacific Ocean that were ruled by the United States in the first half of the 20th century. The false anecdote apparently arose from Pershing’s involvement in the Moro Rebellion, a fourteen-year conflict between the Moros, an indigenous Muslim group in the southern Philippines, and the U.S. military.

The most unsettling thing about Trump’s aside isn’t that it’s false, though. It’s that he’s indulging an openly racist murder fantasy—in which an American military officer uses dead Muslims he had killed with bullets dipped in the blood of swine (an animal whose meat and other byproducts are considered impure, and thus forbidden from consumption, by the Qur’an) to terrorize many more Muslims—in order to convince South Carolinians to vote for him.

Presidential candidates are certainly not immune to promulgating fake Internet memes. Nor has Trump been friendly to Muslims, either: In the past few months alone, he’s endorsed preventing Muslims from entering the United States, shuttering a certain number of mosques (while placing the remainder under surveillance), and registering every practicing Muslim in a national database. In that sense, today’s utterance differed in degree, not kind: Trump will say anything, for any reason, if it benefits him. At the same time, this tale gives us a good sense of what kind of person Trump is pandering to, and what exactly such a person would believe. 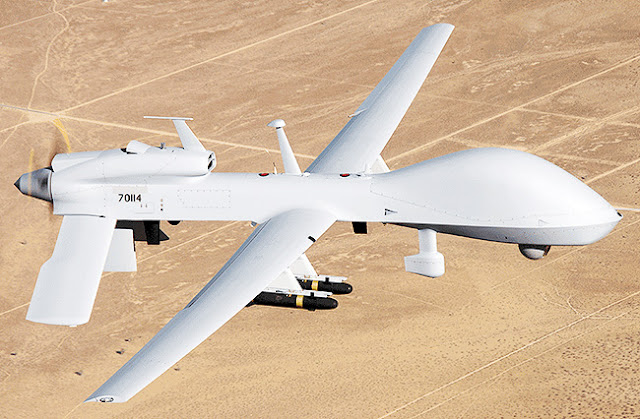 "In wartime, the USFK 2nd Infantry Division will operate the Gray Eagle," an official at the ROK-U.S. Combined Division told reporters on condition of anonymity.

The move is part of countermeasures against North Korea's latest nuclear test conducted on Jan. 6.

The USFK is operating two types of reconnaissance drone here, the Raven at the battalion level and the Shadow at the brigade level. Combat drones are not currently deployed.

"It would take about a day for Gray Eagles to arrive on the peninsula from the U.S. mainland, if transported by a C-17 transport plane," another military official noted.

Measuring eight meters in length with a 17 meter wingspan, the MQ-1C Gray Eagle has an endurance of up to 25 hours, an operating altitude of up to 25,000 feet and payload capacity of over 1,000 pounds, according to manufacturer General Atomics Aeronautical Systems, Inc. (GA-ASI).

The combat drone was used in exercises in August 2015 at Gunsan Air Base in North Jeolla Province.

At the time, the Gray Eagle UAS streamed video and metadata via a line-of-sight data link directly to a U.S. Army AH-64 Apache helicopter from extended distances. The Apache subsequently was able to re-transmit the imagery to a One System Remote Video Terminal (OSRVT), allowing ground forces to view the video, according to GA-ASI.

Then, field commanders were able to receive both live Gray Eagle streaming video and the re-transmitted video sent by the Apache. Once the Gray Eagle was airborne, U.S. ground forces passed contact reports and target coordinates to operators in the aircraft's One System Ground Control Station (OSGCS). The operators were then able to direct the Gray Eagle's sensors to positively identify and track targets, GA-ASI added.

Following the exercise, some observers raised the possibility that the USFK was planning to deploy the Gray Eagle permanently on the peninsula.

A USFK official refused to elaborate on details, only saying "We don't comment on the USFK's operational capabilities."

In the wake of the North's fourth nuclear test, Seoul and Washington have continued to discuss the additional dispatch of U.S. strategic assets, according to Defense Ministry spokesman Kim Min-seok.

On Jan. 10, the U.S. flew a B-52 Stratofortress strategic bomber over South Korea in a show of force aimed at deterring the repressive state from further military provocations.

Observers say the next move from the U.S. forces would be to send the nuclear-powered aircraft carrier USS Ronald Reagan, F-22 Raptor stealth fighters or B-2 stealth bombers.

By Jun Ji-hye
After a 10-year legal battle, U.S. district decide Alvin Hellerstein dominated last Fri that the U.S. government should unharness over two,000 Torture photos showing the abuse and pattern of individuals detained by the yankee military in Republic of Iraq and Afghanistan throughout the executive.

As reportable by the triumph Photography isn't against the law police answerableness diary, the centralized “is needed to disclose every and every one of the photographs” in response to a Freedom of data Act Request from the ACLU, because the government did not prove that “disclosure would endanger Americans.” 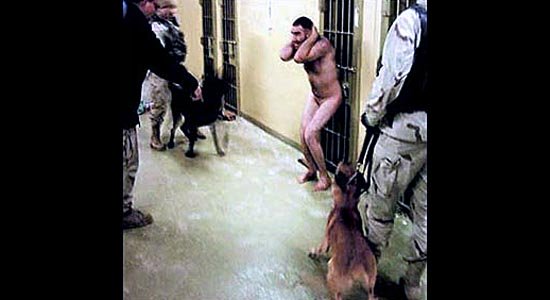 The centralized has tried to suppress these images, even going to this point as ever-changing the FOIA law on the Q.T. with the assistance of Congress in 2009.


The photos area unit crucial to the general public record, they’re the simplest proof of what befell within the military’s detention centers, and their revelation would facilitate the general public higher perceive the implications of a number of the Bush administration’s policies,” aforementioned ACLU deputy legal director Jameel Jaffer. “The administration’s explanation for suppressing the photos is each illegitimate and dangerous. to permit the govt. to suppress any image that may provoke somebody, somewhere, to violence would be to present the govt. sweeping power to suppress proof of its own agents’ misconduct. Giving the govt. that sort of functionary power would have implications so much on the far side this specific context.

The U.S. peace officer has 2 months to come to a decision whether or not to attractiveness, and continue the decade-long fight to bury the frightful truth exposing the inhumanity of the Bush Administration’s reign. 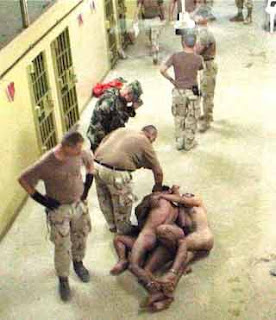 Among the frightful pictures the govt. could also be suppressing is alleged video of kids being sodomized ahead of their mothers at Abu Ghraib. fact-finding journalist Jane Seymour Hersh – UN agency exposed the My Lai massacre throughout the Vietnam War, wherever girls were gang-raped and mutilated – reportable that the U.S. military was sodomizing kids in Republic of Iraq on video back in 2004.
Older Posts Home
Subscribe to: Posts (Atom)