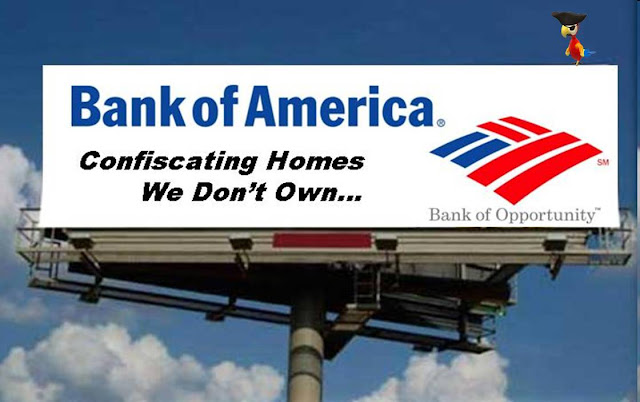 After the great crash of 2008, things went a little quiet for the first 24 months, but in the background nothing really changed. In other words, little or reform took placing to prevent a new housing bubble which many experts are warning is due to manifest this year or next. But that’s not the worst of it…

After all the trouble and strife, still, if you have a mortgage, banks are selling those loans to third parties many times and these new corporate ‘owners’ of your home are then foreclosing, and evicting residents, sometimes for no reason at all. After they remove the residents, they then sell the property for well below market value – leaving the ex-homeowner with the price shortfall to pay.

How do you fight this international racket? One way is for people to start taking the banks to court…

Warren and Maureen Nyerges paid cash when they bought a home from Bank of America in the Golden Gate Estates section of Collier, County, Fla., according to CBS affiliate WINK-TV in Ft. Myers.

But that didn’t stop Bank of America from trying to foreclose on them.
They took their case to court and, a year-and-a-half later, the foreclosure action was dropped.
A Collier County judge said Bank of America had to pay the couple’s $2,534 legal fees, since it had made the mistake.

After more than five months, the bank still hadn’t paid up. So, the homeowners’ lawyer, Todd Allen, began proceedings to did just what a bank would have to get its money: legally seize bank assets.
On Friday, sheriff’s deputies and moving vans showed up at the bank.

“I instructed the deputy to go in and take desks, computers, copiers, and filing cabinets, including cash in the drawers,” Allen says.

Inside, says WINK, “The homeowners’ attorney was locked out of the bank manager’s office by deputies while the bank manger tried to figure out what to do.”…

Continue this story at CBS News