Home » Feature » Top Secrets » Turkey Stands By as ISIS Fights Kurds, even killing a few themselves

Turkey Stands By as ISIS Fights Kurds, even killing a few themselves 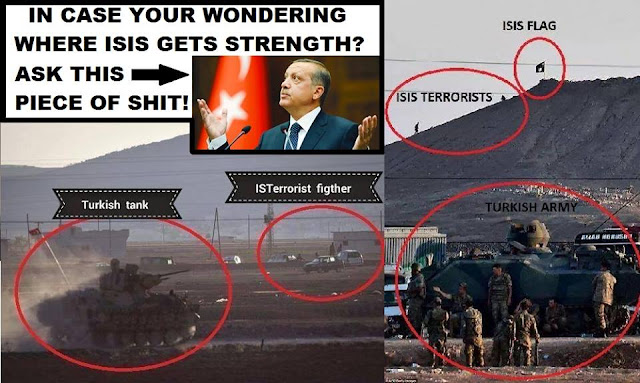 Im sure much of the world wonders why the Erdogan government forces of Turkey not only allow ISIS a consulate in Ankara to recruit more ISIS fighters, but stands by while ISIS is all around them like there is no care in the world.

Well, the facts of the matter are Turkey has hated, fought, tortured and killed Kurds for some time now. Im sure they welcome ISIS, or any terrorists to fight against them.

Here are some of the horrific “Crimes Against Humanity” Turkish government forces have done against the Kurdish people… men women and children.

In this video, Turkish police are clearly beating a group of Kurdish women with police sticks
LiveLeaks has a few reports and videos that youtube has removed, but they are worth a look at to understand the situation between Erdogans Turkish forces, and innocent kurdish civilians. Here are two of them: