Saudi Arabia admits that Their "goal" is to overthrow Al-Asad 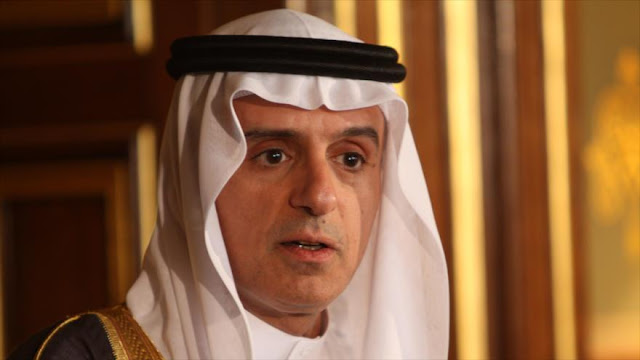 The Saudi foreign minister, Adel al-Jubeir, has admitted that the "goal" of his country in the Syrian crisis is to overthrow President Bashar al-Assad.

He has also denounced the campaign of airstrikes carried out by Russia against terrorist strongholds in Syria and claims that such bombings can not help Al-Assad to stay in power.

Al-Jubeir, who on other occasions has demanded that the head of Syrian government leaves office, either through politics or war, once again said the open layout of Riyadh to launch a ground military intervention in Syria .

"If the coalition (called anti-terrorist alliance led by the US in Iraq and Syria) in Syria decides to deploy special forces in the fight against EIIL (terrorist group, also known as Daesh, in Arabic), Saudi Arabia is ready to participate "he stated.

Given the constant victories of Syrian forces against the terrorist groups, Saudi Arabia, a staunch opponent to Damascus government announced last week that it is ready to be part of any ground operation in Iraq, according to combating terrorism.

The proposed Riad has received approval from their regional and extra-regional allies, including the United Arab Emirates (UAE), an ally number one Riad in its offensive against Yemen, and US which it considers plausible to end the terrorist presence.

On Thursday, the spokesman of US State Department, Mark Toner, said that Washington is discussing with Riad how to put the Saudi military initiative to fight in Syria Daesh implemented.

The Syrian Government has no doubt that "terrorism" that US stance. UU. and Saudi Arabia is no more than a pretext to overthrow the administration of President Al-Assad, as both Washington and Riyadh have repeatedly tried to oust the Arab leader. Damascus has agreed that in the event of an invasion of its territory, the national troops give a strong response.

Saudi Arabia proposes to send ground forces into Syria supposedly to combat terrorism, however, accused by Riyadh to lead the list of sponsors of terrorism and serve as a "backyard" to the elements of EIIL group....